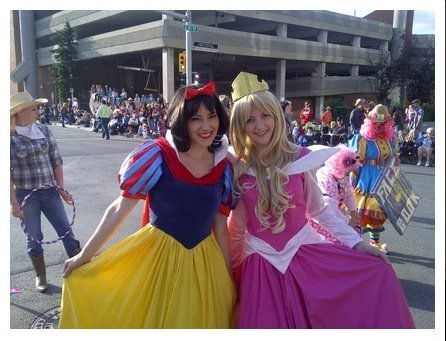 The princesses joined Calgary’s Let’s Clown Around Alley #191 entry in the pre-parade.  It was a really, really, really early morning start….  With a 5am wake up call, the princesses got ready and met the clowns at the parade start at 7am.  All of the clowns and mascots looked fantastic and were all energized from to start a 3 hour parade route. 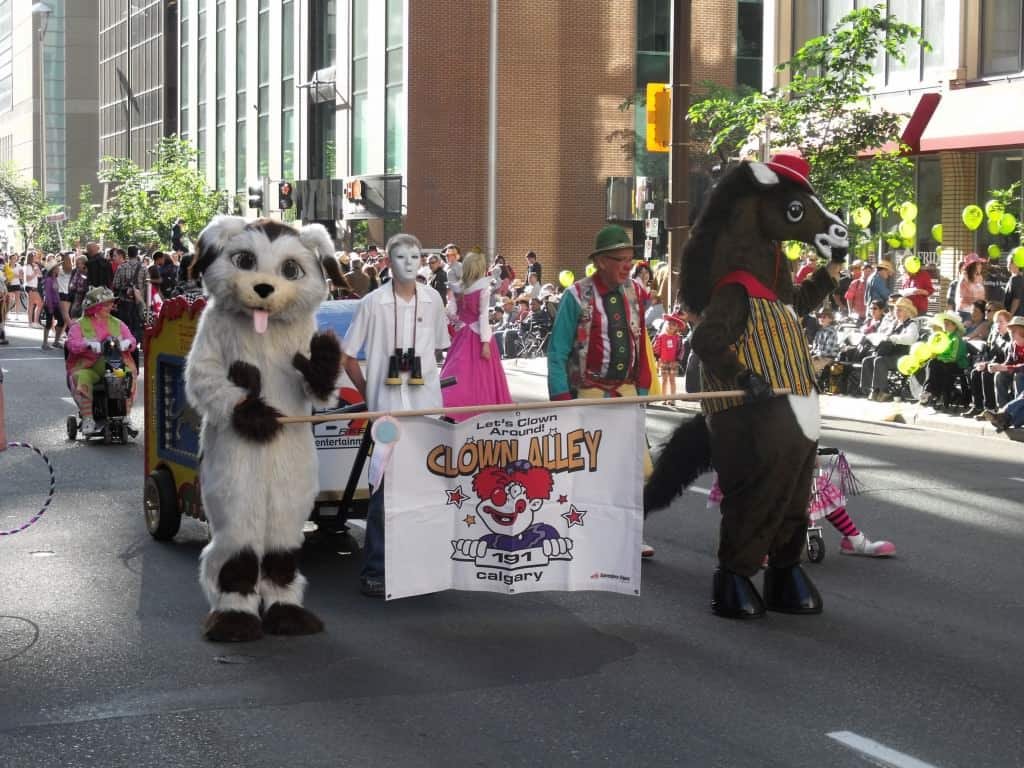 The princesses took in all of the sights, sounds and SMELLS of the parade!!!  The princesses were very thankful that they were part of the pre-parade (read:  BEFORE the many, many horses and animals who have their own street cleaners following them in the parade). 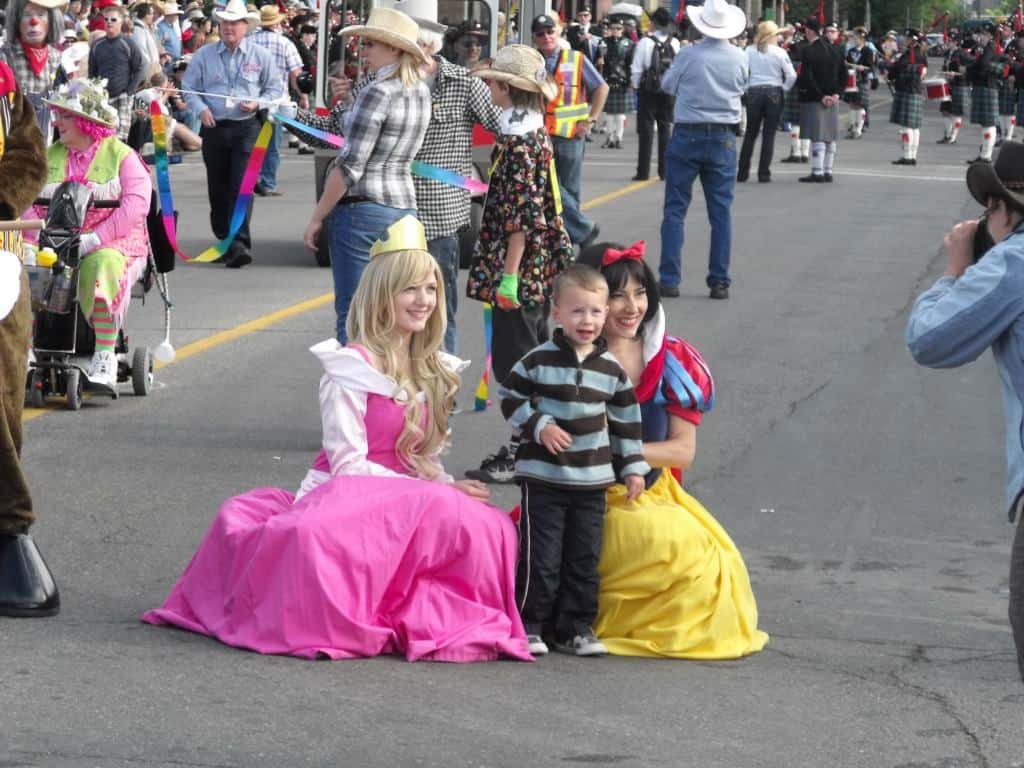 Lots of kids and toddlers were in attendance and the princesses were overjoyed to chat and have a quick picture taken with their fans. 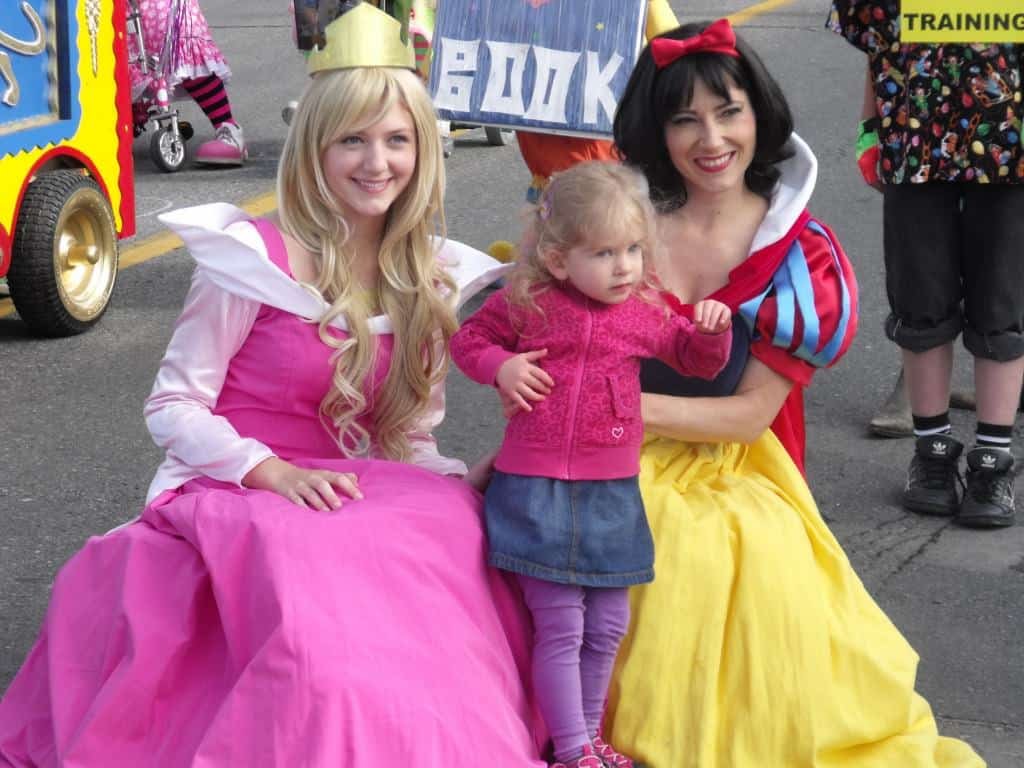 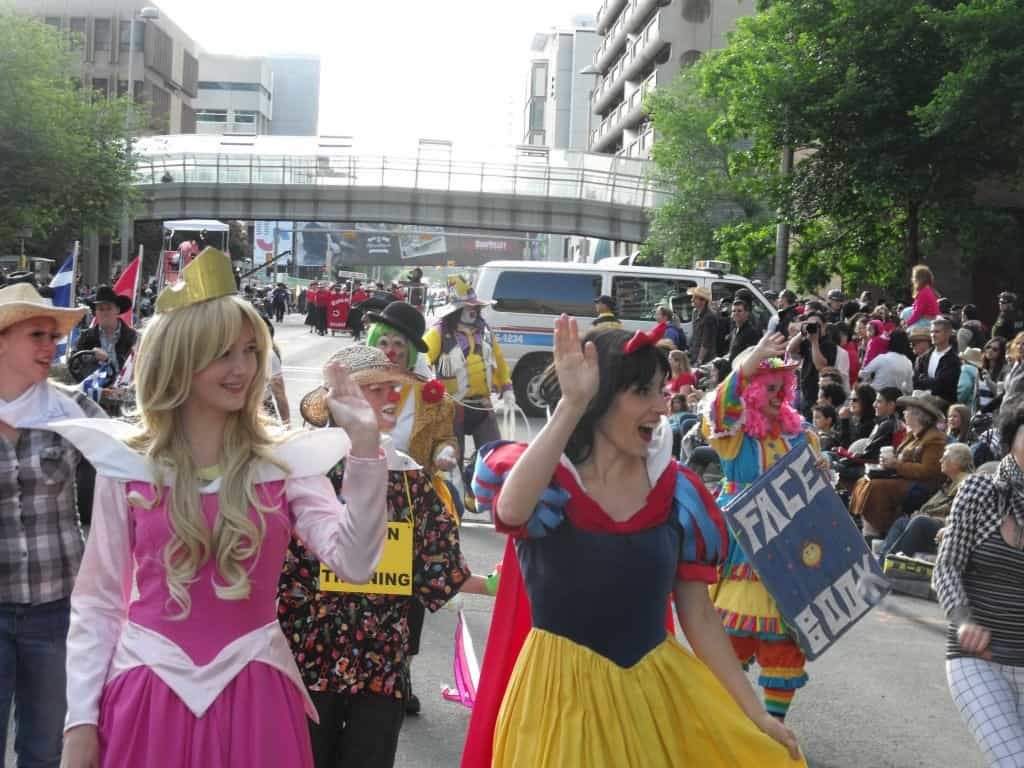 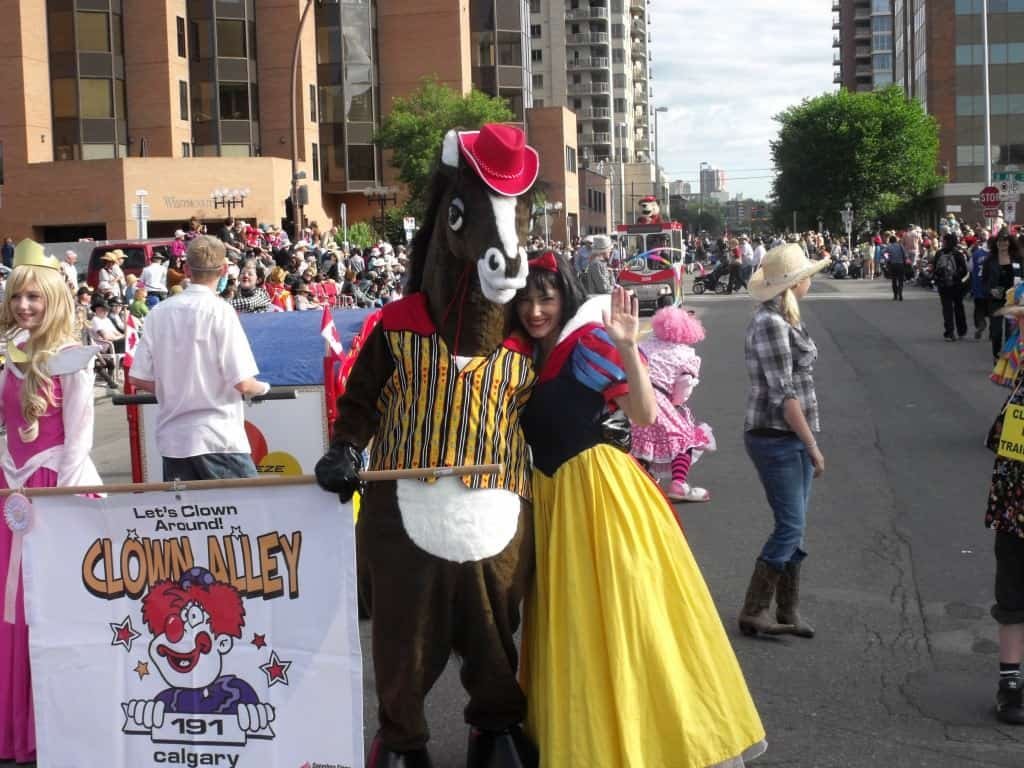 To see media photography photos of the princesses in the parade, please check out the Calgary Herald Picture Gallery of the Stampede Parade (the princesses are in the second picture from the left on the last row).  Many photographers were in attendance and the princesses’ favorite picture is this beautiful picture taken by photographer Robert Thivierge: click here to follow the link to his photo.