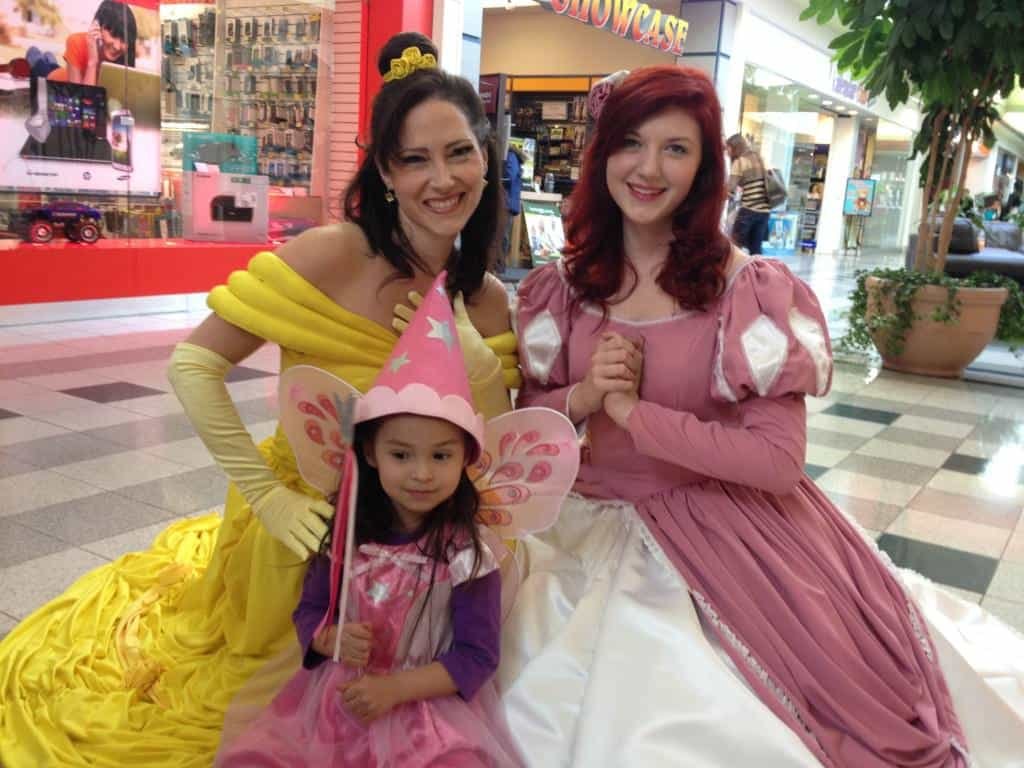 It was great to see all the trick-or-treaters at Northland Village Mall again this year!  Chameleon Entertainment provided the Halloween entertainment:  The Queen of Hearts, Batman, Malcolm Russel the Magician, Captain Jack Sparrow, two silver living statues and princesses Little Mermaid and Beauty from Beauty and the Beast.  The trick-or-treaters and moms and dads were dressed in their Halloween finest! Princess Little Mermaid was delighted to meet a little Ariel, with her mom Ursula, and her dad Triton!  The princesses met a rainbow girl (complete with clouds) (and surprisingly no leprechauns were following her yet), a Rainbow Dash, Monster High Dolls, fairies, witches,a plethora of princesses, a dolphin and an orca sister team, a rare white Siberian tiger, and many, many, many superheroes (the mall was well protected!).  The princesses were surrounded by fans and only managed to travel 20m in 2hr.

One Mom had decorated her baby bump as the Death Star.

Captain Jack had come from work and had forgotten his pirate pants!  Thank goodness silver statue guy had khaki pants in his car that he could borrow (Silver Statue guy is really a superhero in disguise!)

Many kids were only going to have candy for dinner. 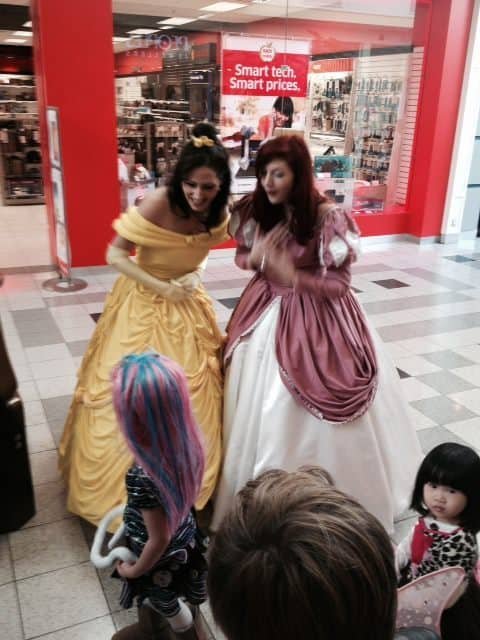 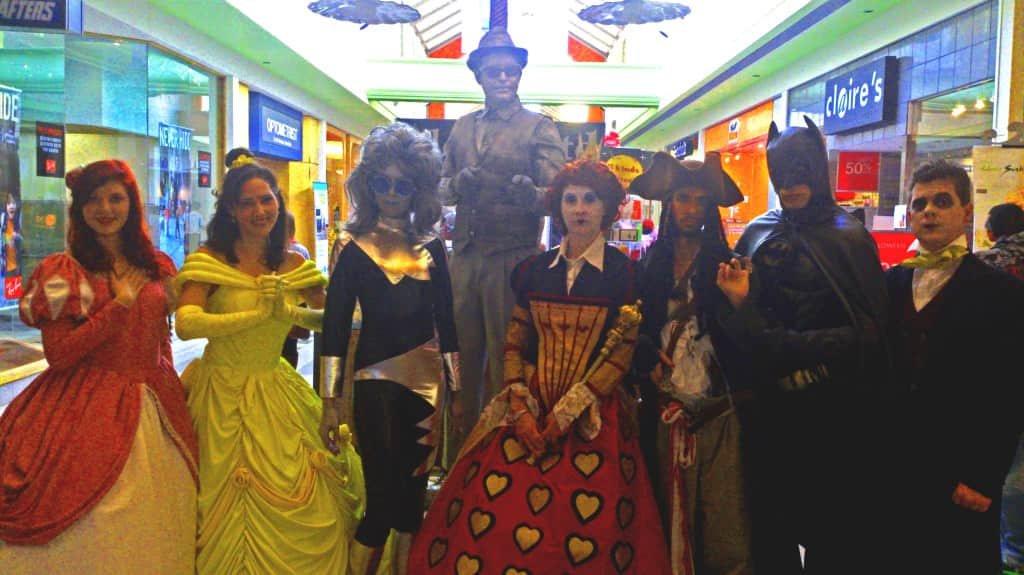