Princesses, Fairies, Pirates and Princes in the Calgary Stampede Parade 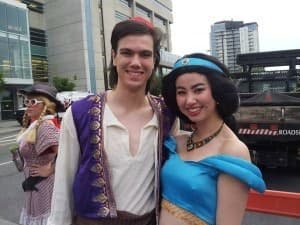 Fairy Tale Princess Party was delighted to join Calgary’s Clown Alley #191 again in the 2014 Calgary Stampede Pre Parade. Calgary’s Clown Alley #191 was represented by Calgary’s best clowns, Captain Jack impersonator and horse mascot.  It was a REALLY early morning start as everyone got ready.  The weather was perfect and the Apple Princess, Tinker Fairy, the Desert Princess and her prince, two adorable matching jesters, the Ice Queen and her sister, the Snow Princess and a ruthless pirate had a great time delighting the audience, even getting a spotlight on early morning local TV!  The pirate was a hit and square danced  with the square dancing group on 10th St SW.  The Tinker Fairy was surrounded with fans and needed a golf cart ride to return her to the group.  The parade wasn’t complete without one of the princesses having a nose bleed of course!  It was a hot day and it took the team about 2.5h to walk the whole route!  Thanks for all of the love, Calgary!!!!  It made it all worthwhile! 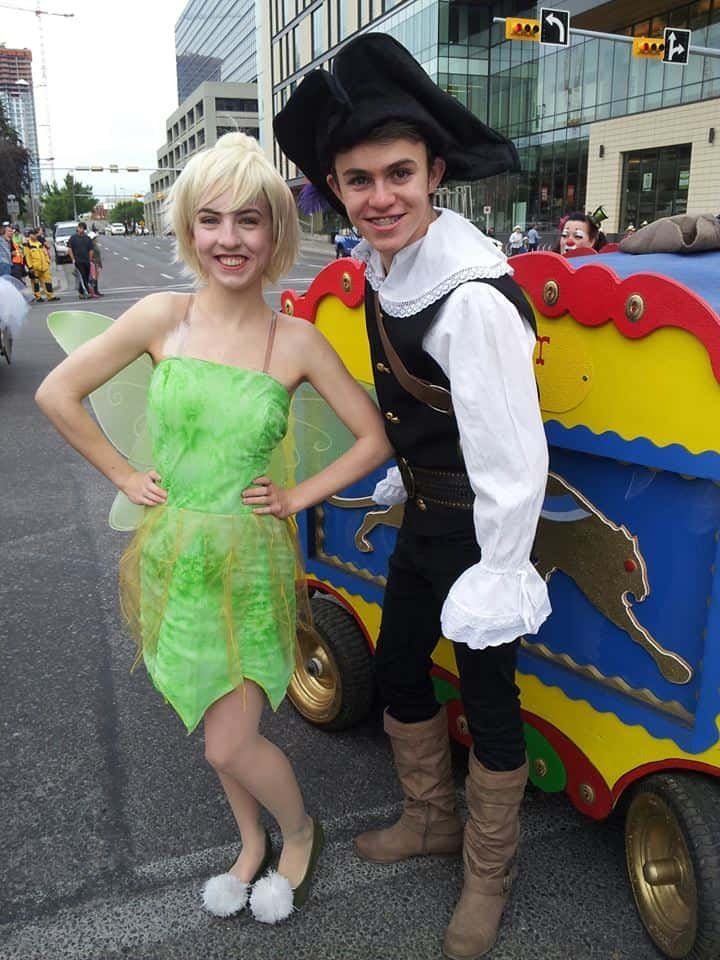